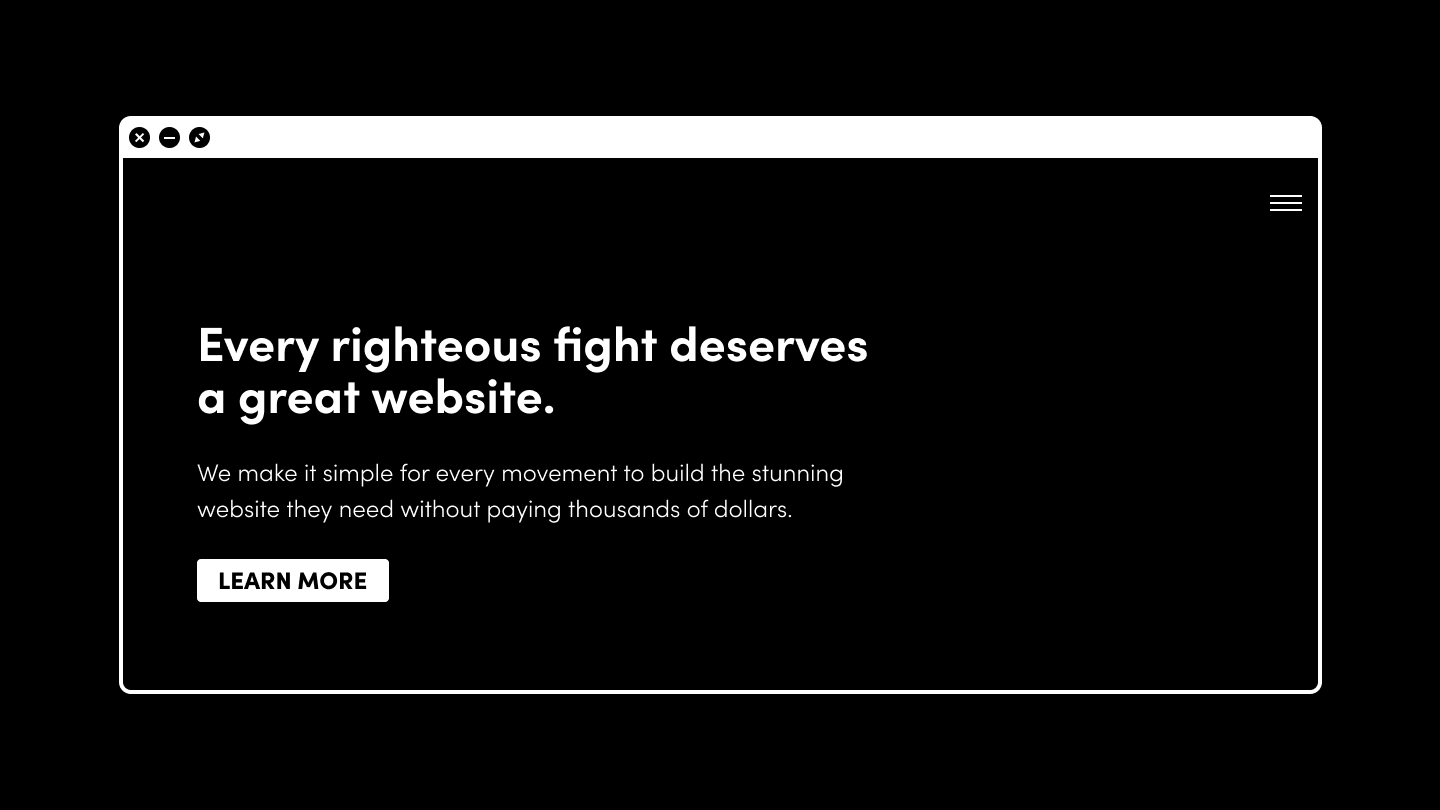 I launched Leftfield after finding myself constantly being asked to make small, incidental content websites for campaigns, because the agency market was too expensive. My pitch was simple, Squarespace for Campaigns.

The tool featured custom components specific to the needs of campaigns, and a thoroughly detailed system for applying settings to those components whether it be the color of a button or the link for a donation ask. The styling engine was a beast, and allowed for cascading responsive styling, themes, and component style reusability.

The component render engine was also a great engineering accomplishment, effectively being able to take a JSON blob describing a tree of components, and turn it into React components that output server side rendered HTML, hydrate on the client locally, and render in realtime while using the editor.

On the backend, because I was a small startup with no funding and could not afford something like Cloudflare SSL as a service, I had to create my own infrastructure for automatically managing HTTPS certificates. There was also additional work done to create the build queue, scalable hosting, caching, etc.

Unfortunately, I was unable to secure funding for the project, and being a solo-founder living in a high cost of living city, I had to make the sad decision to end the startup early.

That being said, a lot of code was written, and you can see a short demo of the tool above. The code is open source and viewable here.

The following is a short demo of some of the product features that were built,